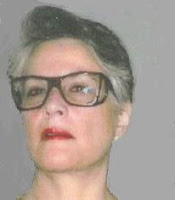 On 22 April 2010 St. Francis College, Brooklyn Heights (NY - 4pm to 6pm), will host in its Maroney Theater (7th floor) readings by some of the contributors to the book Pain and Memory (currently discounted 28% on Amazon). Ruth Sabath Rosenthal, a poet of astonishing breadth and depth who writes on many subjects (and at times, not without humor), is one of those contributors. Come to the reading and meet Ruth – start by reading about her here. Scroll down for blog/bios. on some other readers (Anique Taylor and Anne Whitehouse), and there are a few more blog/bios. coming in the next week or so.

Ruth Sabath Rosenthal is a New York poet, residing in Manhattan and Long Beach, Long Island with her husband Alfred and their dog Sweetie-Pie. Ruth began writing poetry in her golden years, in 2000, after becoming disinterested in occasional painting. It’s then she got her first computer and signed up for her very first poetry class. She quickly became hooked on poetry, and continued taking classes and workshops in New York City, mostly at the 92nd Street Y, famous for their fine courses and roster of renowned instructors. Ruth also studied privately with some of her teachers, including Rahel Wetzsteon and Sarah Hannah, both of whom have since passed; their poetry, though, lives on, inspiring Ruth’s work.

That body of work includes dozens and dozens of poems published in numerous poetry journals and anthologies throughout the U.S., and internationally, including the U.K., India, Israel and Canada. Ruth gives readings locally and her first Chapbook, titled Facing Home, published by Finishing Line Press is due this summer; her first full-length book is in the works. Attesting to her talent and very wide appeal, here are poetry journals and anthologies in which Ruth’s poems have appeared:

Ruth’s poem “on yet another birthday,” was nominated for a Pushcart prize in October 2006.
For more on Ruth, visit websites: Here, Here, or Here (last includes video).
Posted by E♦B at 6:29 AM