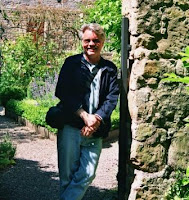 A Life of Inspiration

"A morning prayer before the cats start complaining. They cry for food each morning. Robert Bové is always willing to get up, but the miscommunication between the motivated mind and the exhausted body always creates a struggle."


The sun descends into Geiranger every day like
into a well. Like a needle onto a gramophone record,
the beak of a gull slides down onto the water, green
and blue.

The same age-old idyll. Only the houses under the sky
are empty, not a wisp of smoke. The people in them
Geiranger has used up, but it still watches over the
houses and cultivates them like mushrooms. Nailed
on the precipices they suffer from gravitation like
from a headache.

Tour buses crawl up the serpentines like ants at dusk.
There’s no panic in the harbor either: unhurriedly,
the campers with their doggies go out for a walk,
the fishermen shower their boats. No one suspects
that the sun, like a dropped sequin, is sinking for the
last time into the dark-blue depths of Geiranger,
forever and irrevocably.
______


* A fjord in Norway


I don’t ask questions, but answers come to me
from your students, Albert! Albert, I know less and less!
What are they seeking in the dark?  Light?

With every new discovery I am a step closer to
the already seen.  The mathemathics of the future takes me
back to your childhood, to a sunny fair on Schrannenplatz.
Sibylle the Gypsy had stolen you for a moment, that
famous-fortune teller who reads palms as if she were
reading poetry.

Sibylle the witch enticed you for nothing, just for play,
to amuse the brutes.  But when you reached out your hand to her
and when she brushed the dust off, she fell silent.  She gripped
the counter with the skins on it.  Everything stopped, everything
turned to ice, as in the tale of Sleeping Beauty.  Only, from a different
fairy tale, the dripping of chestnuts here and there on the green could be
heard.  She was looking for the light in the gloom but, like a
merry-go-round, there was a black hole spinning in your tiny palm.
Something not yet seen! And Schrannen Square was tumbling
into it as into a concrete mixer.


Simple is the mathematics of life and death:
it is enough for place and time to coincide.
Odd Knutsen, a physical laborer at the Stavanger
canned-fish factory had planned his vacation
at a warm sea.  On his way home from third shift,
he would check the status of his credit cards, and
around noon, before going to bed, he would sniff
his sunscreen lotion.

At last the day arrived and snow-white clouds
stuck on the peaks of the Alps reminded him of
cotton candy amid little children’s hats at spring
fairs in Boknafjorden.  A wonderful sight, an
unplanned opportunity for a break will be rejected
for the sake of travel discipline.

What we learn we learn too late.  That black
point, that magnet in which place and time overlap,
you can’t fool.  The mustached driver of the
Greek rig had decided for the sake of travel
discipline to forgo his habitual steak
at the little restaurant with plastic ivy
near the small town of Airolo.  Those clouds
reminded him of the toxic fumes around exhaust valves
in the industrial zone of Milan when a white
Volvo, blinded by the setting sun at the
St. Gotthard Tunnel exit, crashed under his feet.
When leaving its own it vanished into universal darkness.


All my life, when awake, I’ve sought a small plateau
from a dream of long ago, a place for a house by a thin
cataract, white like a ribbon from a half-opened book.
I saw such a clearing when traveling once over the
“Sju søstre” waterfall, but I couldn’t recognize it, blinded
by the sequin of the sun in the dark-blue and dark-green
depths of Geiranger.

From time to time I open my bird-cage of wishes, but
my birds do not fly out any more.  I’m too old to begin
and to dream ahead.  I don’t see well any more.  I cut
my nails from memory and voices, too, come to me
colorless, as if from the loudspeaker at railroad stations:
the clamor of children on the precipice above the “Seven
Sisters” waterfall.  When we played in the yard, they
used to tie us around our waists with a clothesline so we
could withstand the magnets of the abyss.  So we could
keep together.  Today we are scattered out across countries
like crabs across fjords.


Milorad Pejić was born in Tuzla, Bosnia and Herzegovina, in 1960. Since 1992 he has lived in Sweden. His published books of poems include:

Getting Involved: The Empathy of Arthur Powers 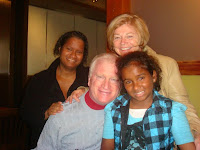 What follows is from an interview with Arthur Powers: